Today I want to introduce to one of my favourite painters in Mexico. His name is Jorge Tellaeche and since quite a while I follow his work and I can tell you… I’m a fan of everything he does!

I had the opportunity to visit him at his studio for some drinks and a nice chat about art… Call me crazy but I felt at home immediately, talking about influences, inspirations, colors, music and creativity.

Jorge was fortunate to be able to study in San Diego for several years, but even though, he never forgot his  Mexican roots. In matter of fact, he took his Mexican-American roots and created a bridge between them. He calls himself “Pochito” because he still mixes both languages and enjoys to feeling inboth of them. During the last four years Jorge has developed several projects in painting, graphic design and fashion.
He is the kind of artist that isn’t afraid to experiment with new things; as a graphic designer he discovered his passion working with different people in the art scene. Even though he enjoys expressing himself in all kinds of visual arts, he decided to focus on painting, becasue that’s what he loves most.
He has worked with international and national companies like Amnesty International Mexico, Adidas, Nestle, Hacienda la Lomita, Comex, among others.

Besides having his own web page where you can see his work, Tellaeche also writes his own blog where you can read about what he is up to;and trust me, since he is doing all kind of crazy projects it’s quite helpful to understand his point of view or just what is on his mind while creating new things.
Nowadays he considers himself a fulfilled painter, because through his canvas he achieves to express his dreams, concepts, and ideas. 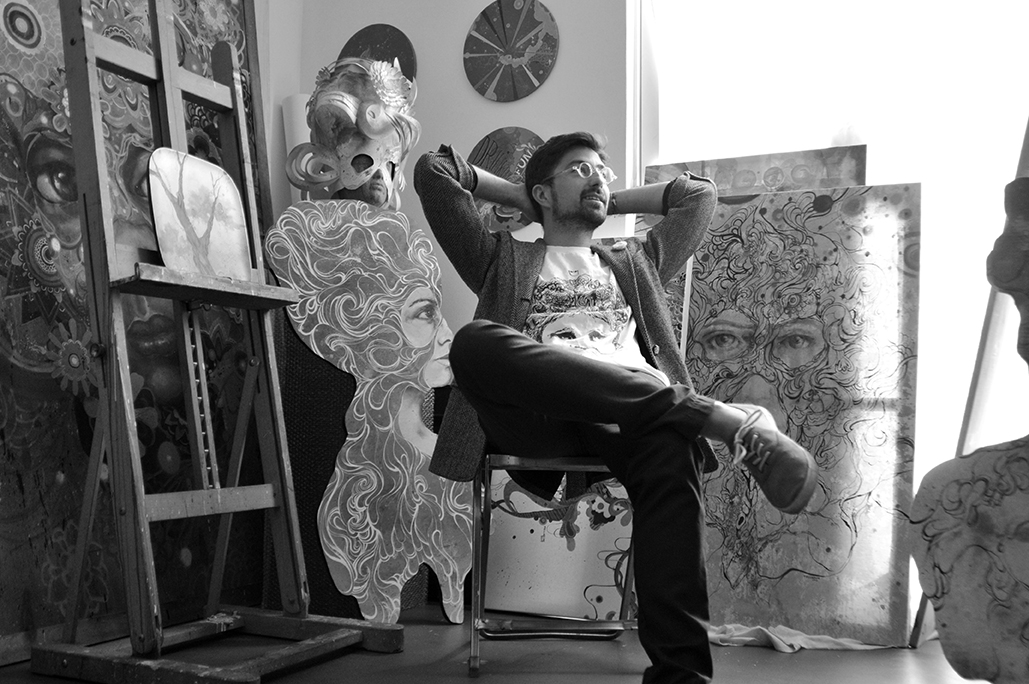 This is some of his work… I hope you like it!!

The appeal of Frida